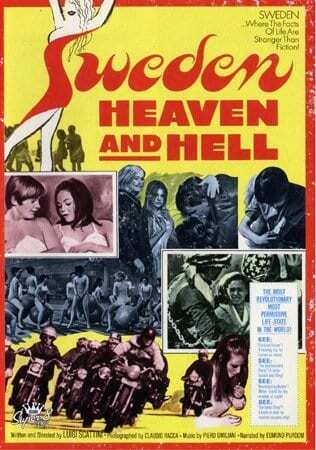 Sweden: Heaven and Hell (Italian: Svezia, inferno e paradiso) is a 1968 Italian mondo film directed by Luigi Scattini and narrated by British actor Edmund Purdom. As the title implies, the film is a heavily sensationalized portrayal of life in Sweden, with particular focus on the country's liberal attitudes towards sexuality and drug use. The film is best known nowadays for its soundtrack by Piero Umiliani, featuring the debut of the song "Mah Nà Mah Nà", later made famous by The Muppets.