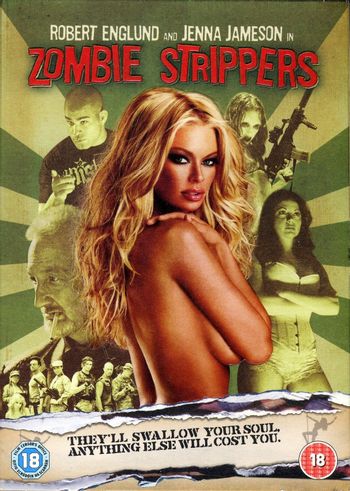 Zombie Strippers! is a 2008 movie written and directed by Jay Lee, reportedly inspired by a suggestion as to the most marketable film title possible. It centres on the "accidental" infection of a strip joint by a virus designed to offset the American Army's disastrously high body count in several world conflicts.