Film / The Black Belly of the Tarantula 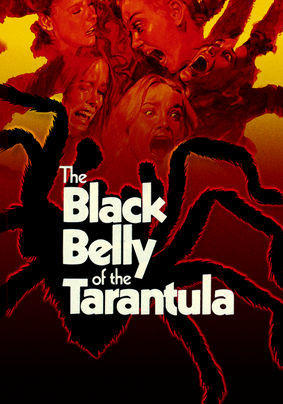 "With needles dipped in deadly venom, the victims are paralyzed-so they must lie awake and watch themselves die!"
Advertisement:

The Black Belly of the Tarantula is a 1971 Italian Giallo film featuring music by Ennio Morricone.

A Serial Killer is on the loose bumping off beautiful women. His M.O.? Stab them with an acupuncture needle so they must endure torturous deaths while conscious and paralyzed. A detective is tasked with investigating the murders, and discovers a deeper plot involving blackmail and drugs.

The film was distributed in the United States by Metro-Goldwyn-Mayer.