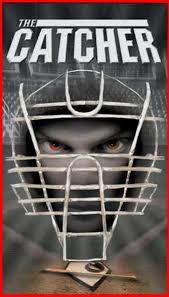 The Catcher is a 1998 horror film directed by Guy Crawford and Yvette Hoffman.

In Taft, California, 1981, Johnny is a unassuming baseball hopeful who turned against his stern and demanding father and beat him to death with a baseball bat on a baseball diamond field. 17 years later, Johnny is released from the local insane asylum and begins a killing spree, with his father's ghost as an umpire.

The Catcher contains examples of: