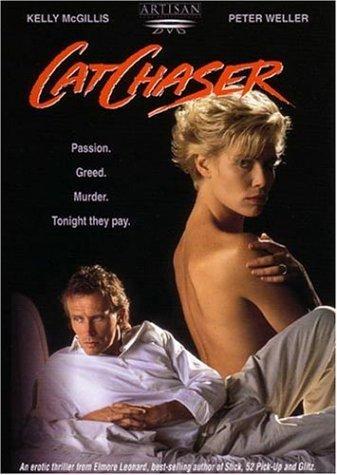 Cat Chaser is a 1989 film directed by Abel Ferrara and starring Peter Weller and Kelly McGillis, based on the novel of the same name by Elmore Leonard.

George Moran (Weller) is a former American paratrooper and veteran of the Dominican Republic intervention who now runs a small beachfront motel in Miami. While searching for a Dominican woman who saved his life in 1965 (and gave him the nickname "Cat Chaser"), he begins a relationship with Mary DeBoya (McGillis), the wealthy, unhappy wife of a sadistic former Dominican general. Moran gets involved in a plot to rip off the general, and must elude a number of double-crosses as he and Mary attempt to gain her freedom plus the general's money.