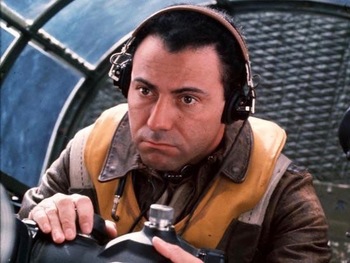 The 1970 film adaptation of Joseph Heller's classic 1961 novel of the same name, directed by Mike Nichols and featuring an All-Star Cast led by Alan Arkin as Yossarian. Buck Henry (who appears as Lt. Colonel Korn) wrote the screenplay adaptation.

Despite its impressive credentials, the film was a commercial and critical flop upon its release, but has since come to garner a cult following.