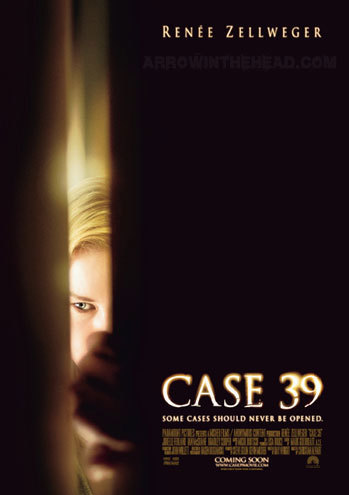 Case 39 is a 2009 (released 2010 in the USA) horror film starring Renée Zellweger and Bradley Cooper. Zellweger plays Emily, a Child Services worker who's working thirty-eight cases—and then saddled with one more. It's Case 39 that leads Emily into strange, sinister territory, with suspicious parents and a little girl who may not be all that she seems.

Tropes used in Case 39 include: