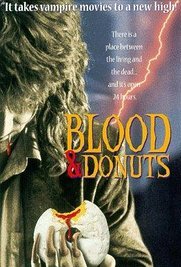 A vampire awakens from a 25-year-long slumber and stays in a cheap hotel near a donut shop. He feeds on various city animals while befriending a taxi driver in trouble with the mob and falling in love with an employee at the donut shop. Meanwhile, his girlfriend from 1969 has been tracking him down.