Film / Wizards of the Demon Sword 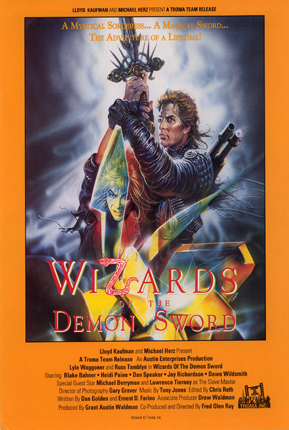 "A mystical sorceress... A magical sword... The adventure of a lifetime!"

Wizards of the Demon Sword is a 1991 Fantasy comedy film directed by Fred Olen Ray and distributed by Troma.

An evil wizard kidnaps the keeper of the Blade of Aktar, a blade that can give its wielder unlimited power. The keeper's daughter contracts a travelling swordsman to help her get the sword and her father back.