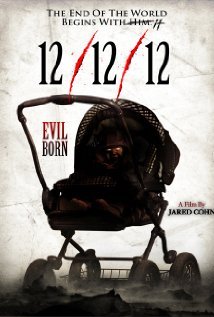 12/12/12 is a 2012 horror film from The Asylum. Veronica and Carlos have a baby boy named Sebastian. Sebastian doesn't look very human, and people start dying at an alarming rate around him.

Despite the naming, this film is not a sequel to previous asylum film, 11/11/11, or a prequel to 13/13/13 although they all share a theme of killer children.