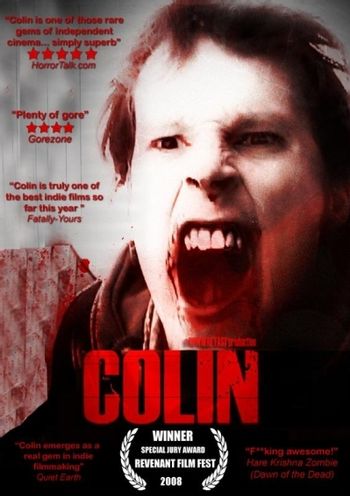 Colin is a 2008 British zombie film, which was made for a famously low budget (£45 is the figure claimed by the director), using lo-tech equipment and volunteer actors. Unusually, rather than focus on survivors the film follows the story of the eponymous protagonist as he dies, returns to 'life' and wanders hungrily through the devastation of a city in the early stages of a Zombie Apocalypse.