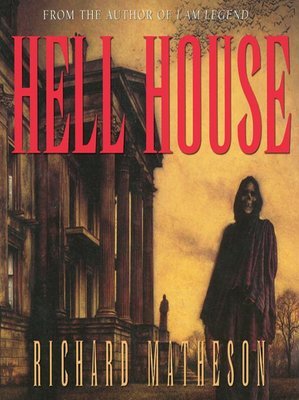 "Welcome to my house. I'm delighted you could come. I'm certain you will find your stay here most illuminating. Think of me as your unseen host, and believe that during your stay here I shall be with you in spirit. May you find the answer that you seek. It is here, I promise you. And now, auf Wiedersehen."
-Emeric Belasco
Advertisement:

Hell House is a horror thriller novel written in 1971 by Richard Matheson. It was adapted to film as The Legend of Hell House in 1973.

A dying millionaire offers a huge reward to a group of researchers to provide him with definitive proof that there is life after death. He has bought the Belasco mansion, the "Mount Everest" of haunted houses, as the site of their investigations. A parapsychologist, his wife, a Christian medium, and the only survivor of an earlier failed attempt to investigate the haunting all have one week to determine what, if anything, inhabits the mansion.

Not related to the later Fighting Fantasy Gamebook House of Hell