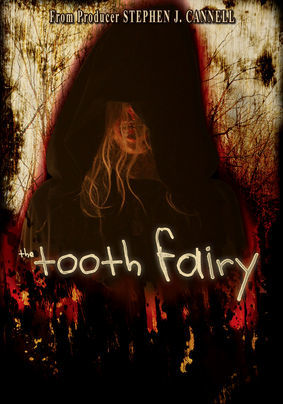 "Put a tooth under your pillow and let the bloodbath begin."

The Tooth Fairy is a 2006 Direct to Video Slasher Movie.

A divorced mom is taking her daughter to visit her ex, who's opening a bed and breakfast in a small town. Little do they know, the building was originally residence to a child murdering witch who stole the teeth of her victims. And the witch is coming back for their daughter...

Not to be confused with the family comedy film or the original Tooth Fairy legend.