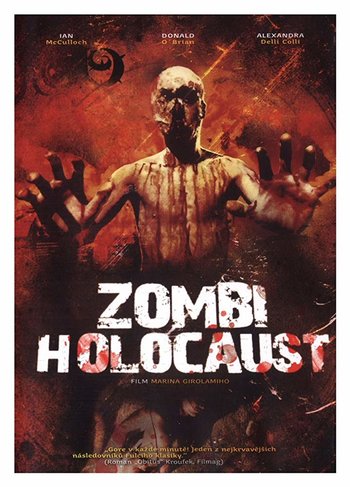 Zombie Holocaust (Italian: Zombi Holocaust), also known as Dr. Butcher, M.D., is a 1980 Italian zombie/cannibal film directed by Marino Girolami and starring Ian McCulloch and Alexandra Delli Colli. The film is about a team of scientists who follow a trail of corpses to a Pacific island where they meet a mad doctor who performs experiments on both the living and dead in his laboratory.

Simply put, it's basically a watered-down rip-off of Zombi 2, to the point of re-using many of the same sets and a few seconds of footage from the Lucio Fulci film.