Film / Amazon Women on the Moon 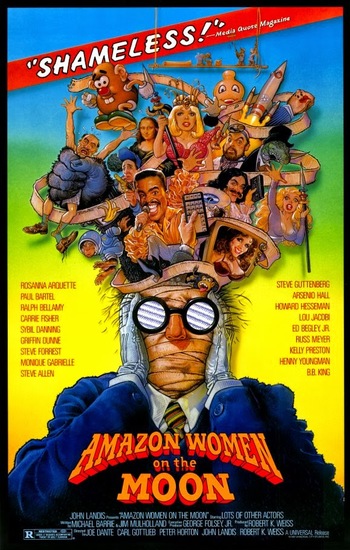 Basically a bigger budget version of KFM. This time, the sketches are centered around a cheesy 1950s sci-fi movie called, of course, Amazon Women on the Moon, which appears to largely be inspired by Queen of Outer Space. However, the local TV station screening the film keeps suffering technical faults, forcing the unseen viewer to channel surf; occasionally, more glimpses of the film are seen, before another snafu occurs forcing the viewer to move on.