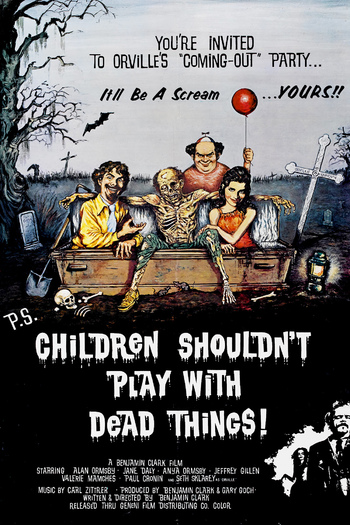 "You're invited to Orville's 'coming out' party... It'll be a scream... YOURS!"
—Tagline
Advertisement:

A group of actors come together for their director's party. Said director is an odd duck, and proposes an unusual game: Dig up a corpse from the nearby cemetery and try to resurrect it with magic! They do so, but it seemingly fails. Unfortunately, it actually resurrects all the dead...