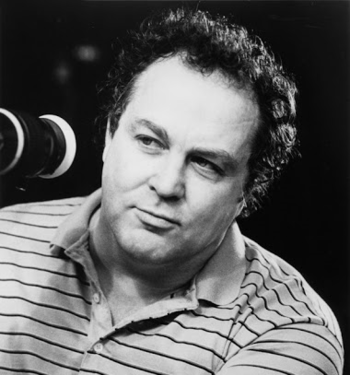 Benjamin Robert Clark (August 5, 1939 – April 4, 2007) was an American film director, producer, screenwriter, and occasional actor. Originally known for directing horror movies like Children Shouldn't Play with Dead Things, Deathdream and Black Christmas, as well as the Sherlock Holmes-investigates-Jack the Ripper mashup Murder by Decree, he is today best remembered for the family comedy A Christmas Story.

Born and raised in the United States, Clark began directing movies in his home country, but achieved his earliest successes in the Canadian film industry. Outside of his horror movies, he directed the highly profane teen comedy Porky's, and its first sequel, Porky's II: The Next Day (but had nothing to do with Porky's Revenge). The original Porky's held the record for the highest-grossing Canadian film of all time until being beaten by Resident Evil: Afterlife in 2010.

In 1983 and '84, Clark had his most acclaimed film, and one of his worst reviewed, back to back. A Christmas Story was well liked by critics and a commercial success, while Rhinestone, costarring Sylvester Stallone and Dolly Parton, was a box office bomb, and, at the time, Clark's worst reviewed. Of course, Clark later made three movies that were even worse: Baby Geniuses, The Karate Dog and Superbabies: Baby Geniuses 2. The Baby Geniuses movies reside in IMDb's Bottom 100, with Superbabies ranking even lower than the first movie, and most reviewers wondering why a sequel was produced in the first place.

Inbetween his major failures, Clark made some largely better movies, including Loose Cannons, It Runs in the Family (a semi-sequel to A Christmas Story), I'll Remember April and Now & Forever.

Clark, along with his son, was killed by a drunk driver in 2007, leaving an unusual and unique body of work. Whatever you may think of his baby and dog-oriented movies, his best work usually speaks for itself. A Christmas Story is still being run endlessly on Turner television networks during the holiday season, while his horror movies are frequently recommended by cult film enthusiasts, sometimes noting the irony that Clark directed a bloody Slasher Movie and a heartwarming family comedy pertaining to Christmas.