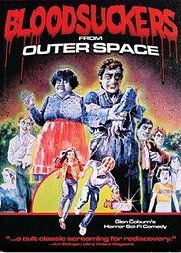 "Nobody can escape..."
Advertisement:

Bloodsuckers from Outer Space is a 1984 Horror comedy film.

An alien force arrives on Earth and makes farmers into vampires.