Film / Curse of the Swamp Creature 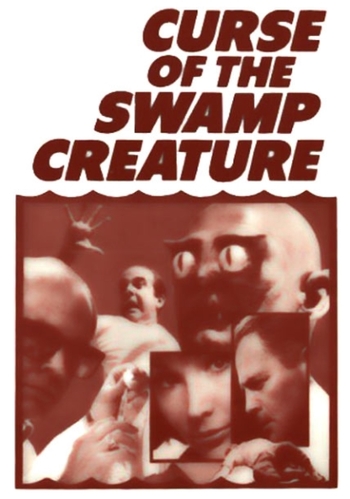 Curse of the Swamp Creature is a 1966 horror film directed by Larry Buchanan starring John Agar and Francine York. Although Buchanan was producing low budget 16mm color remakes of American International Pictures sci-fi movies for television distribution around this time, he claimed this was an original film, even though it bears more than a few striking similarities to the 1957 AIP film Voodoo Woman.

Deep in the rural swamps of Texas the reclusive and ruthless Mad Scientist Dr. Simond Trent is conducting experiments in his laboratory on the local impoverished voodoo-worshiping black "natives" in an attempt to discover the secret to reversing evolution, feeding the failures to the alligators he keeps in his covered outdoor swimming pool. When a party of oil surveyors comes upon his isolated yet strangely suburban-style home he decides to take the final step and turn the duplicitous female leader of the expedition into a grotesque and virtually indestructible amphibious "Fish Man" so that he can take his revenge upon the world.

Curse of the Swamp Creature contains examples of: