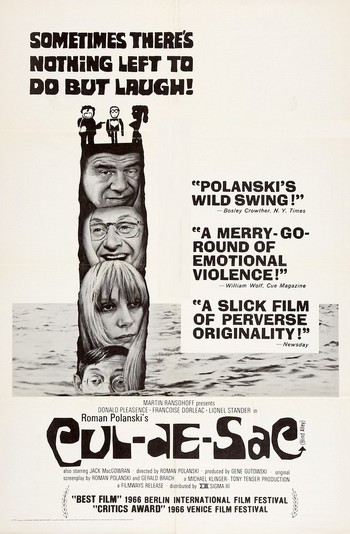 In North East England, American gangster Dickey (Stander) and his partner Albie (MacGowran) are on the run and wounded after a botched robbery. They wind up at a medieval castle on an isolated tidal island, where middle-aged George (Pleasance) and his young wife Teresa (Dorléac) live alone. Dickey forces the couple to provide shelter to him and his companion, and a series of mind games ensues.

One of only a handful of films that Françoise Dorléac, Catherine Deneuve's sister, made before she was killed in a car accident. Jacqueline Bisset, who would soon become a major star, appears in a minor role.