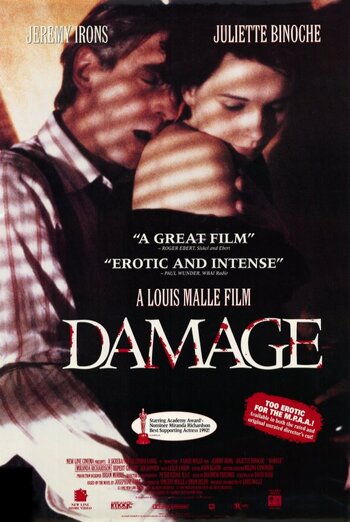 Dr. Stephen Fleming (Irons), a British politician, lives with his wife Ingrid (Richardson) and his daughter. His son Martyn (Graves) works as a journalist. Martyn starts a relationship with Anna Barton (Binoche), the daughter of a diplomat. Stephen meets Anna at a reception. She tells him that she is a friend of Martyn. Stephen and Anna are immediately attracted to each other and they soon start a secret relationship.