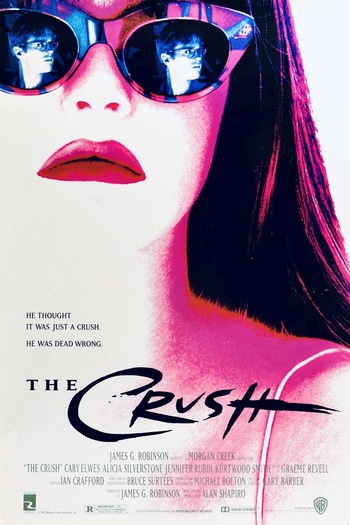 The Crush is a 1993 psychological thriller film written and directed by Alan Shapiro, about a 14-year-old teenager, Darian/Adrian Forrester (Alicia Silverstone), who becomes dangerously obsessed with a 28-year-old man, Nick Eliot (Cary Elwes), who is renting a room from her parents.

Silverstone's film debut. No relation to the web serial of the same name.