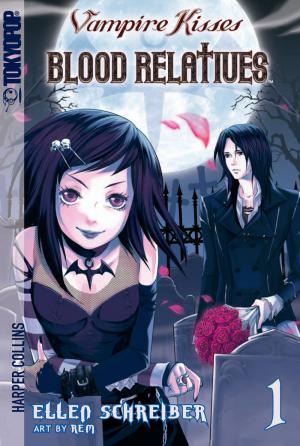 It's amazing she doesn't freeze in that.
Advertisement:

The comic adaption of the book Vampire Kisses by Ellen Schreiber and drawn by Rem until comic number three.

Raven, an outsider in a small town called Dullsville, has a (wishfully) never-ending romance with her vampire boyfriend Alexander. Only it is interrupted to find four empty coffins one day in the graveyard and an old trinket belonging to Alexander's cousin, Claude. Finding out he is there with his gang to find blood-filled vials their grandmother hid, it's up to Raven and Alexander to keep Claude and his gang from finding the vials, keep him from abusing the use of them, and becoming an all powerful vampire.