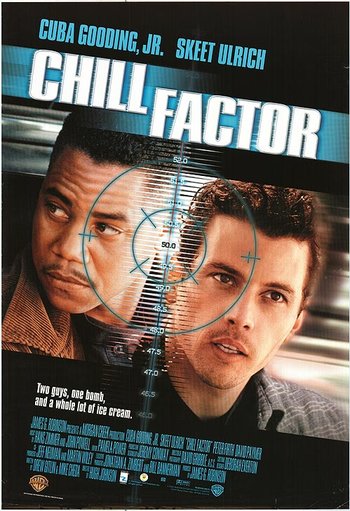 The story begins in 1987 on Horn Island. Colonel Andrew Brynner (Peter Firth) arrives to oversee a chemical defoliant, code named Elvis, developed by Dr. Richard Long (David Paymer). Elvis is a unique specimen: a crystalline substance that is dormant in cold temperatures, but will detonate at temperatures above 50 degrees Fahrenheit, perfect for jungle warfare. Going ahead before the calculations of the blast radius for the newly-modified Elvis can be properly analyzed, Long finds out that the blast radius, instead of the 200 yards of the previous versions, is now 8000 yards, or five miles, i.e. the whole island. Finding out the hard way that Elvis makes a better chemical weapon than defoliant, the blast results in the death of eighteen people, including Long's assistant. The government, finding Long too important to prosecute, instead send Brynner to Fort Leavenworth. Long is wracked with guilt and tries over the years to find a way to control the spread of the explosion, but to no avail.

Ten years later, Brynner gets out and, with a team of mercenaries, raids the base where Long works, shooting him and killing several guards in an attempt to obtain Elvis and sell it to America's enemies. However, a dying Long has gotten to it first, and sped it to the local convenience store, entrusting it to Mason, his most trusted friend, and imploring him and Arlo to get it to Fort McGruder in Arlo's refrigerated truck. The two of them now have to keep Elvis cool and outwit Brynner in order to save the day.

Tropes featured in Chill Factor include: