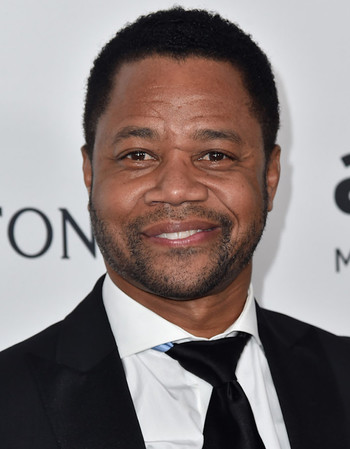 Born in the Bronx and raised in Los Angeles, Gooding started his career as a dramatic actor in films such as Boyz n the Hood and A Few Good Men. He later became known for starring in critically-panned comedies like Rat Race, Snow Dogs, Boat Trip and Daddy Day Camp. In The New '10s, he returned to his dramatic roots in The Butler and Selma and won acclaim for his performance as O. J. Simpson in The People v. O. J. Simpson.

Gooding's late father, Cuba Gooding Sr., was lead vocalist for the '70s soul/R&B group The Main Ingredient, known for their hits "Everybody Plays the Fool" and "Just Don't Want to Be Lonely". He is also the older brother of Omar Gooding, known for his roles in Wild and Crazy Kids and Smart Guy.