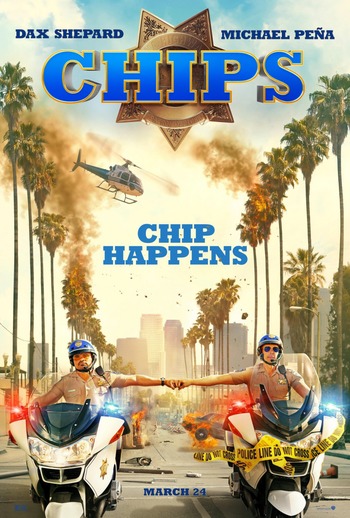 California knows how to party...
Advertisement:

The film follows FBI Agent Castillo (Peña) as he is sent undercover in the California Highway Patrol as "Ponch" to investigate a series of armoured truck robberies that the FBI suspects involves CHP officers (who are, in fact, a crew of CHP officers led by Officer Ray Kurtz (D'Onofrio). There he partners with Jon Baker (Shepard), a former motocross star and probationary CHP officer, and together they investigate the case while Jon remains unaware of Ponch's true identity.