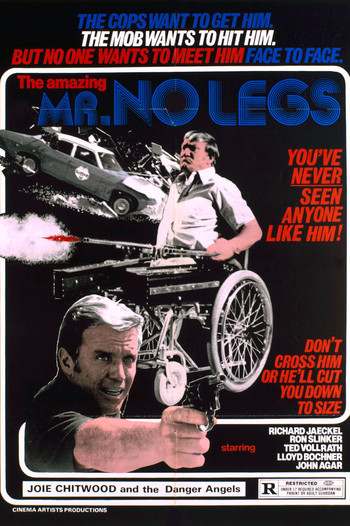 Well, it's true that we've probably never seen anyone like him...
Advertisement:

Mr. No Legs (also known as The Amazing Mr. No Legs and Gun Fighter) is a 1978 American action exploitation film directed by Ricou Browning and written by Jack Cowden.

Much of the attention the movie gets is because of its casting of an actual double leg amputee as the title character: Ted Vollrath, a war veteran who lost his legs during the war, and went on to become a black-belt karate champion despite his disability.