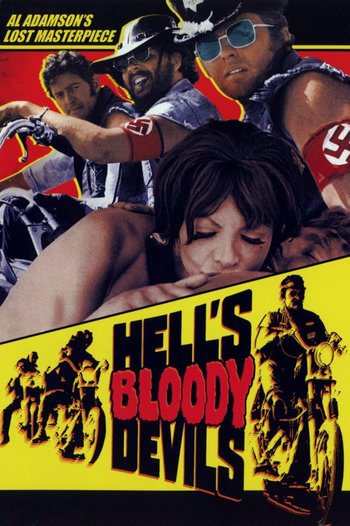 The plot concerns Mark Adams, an FBI agent undercover within a crime syndicate in Las Vegas who is sent to broker a deal for counterfeit $20 bills with Nazi war criminal Count von Delberg, who needs the syndicate to circulate the fake money to fund the Nazi Party's return to glory in Germany. Adams is aided by an Israeli agent who is also undercover, but they must face who the Count has recruited as enforcers: A vicious Swastika-clad motorcycle gang, the Bloody Devils.

The film is known for its complicated production history: It began shooting in 1967 as a spy thriller under the working title Operation M, but the film couldn't be sold to a proper distributor. Then new footage featuring bikers was filmed and incorporated into the plot, and the result was released in 1970.