Film / Sharknado 2: The Second One 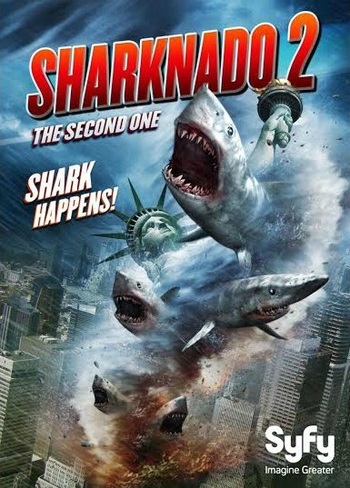 The Sharknado is back, and this time it's taking a bite out of the Big Apple.

Fin and April are on their way to New York to visit Fin's sister and family, but the plane hits turbulence in the form of a Sharknado, and April is injured after a shark bites off her hand. Now it's up to Fin to save the city of New York from this twister with teeth, and maybe patch up things with his former best friend, who married Fin's sister.

Followed by Sharknado 3: Oh Hell No!.

Tropes appearing in Sharknado 2: The Second One