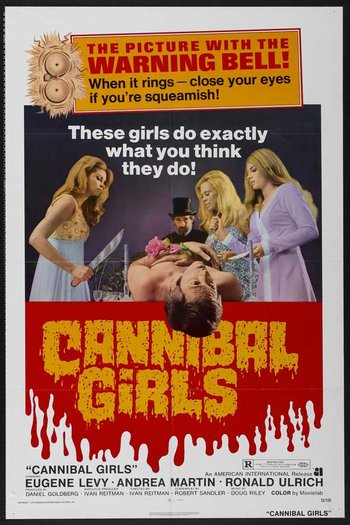 Cannibal Girls is a 1973 Canadian independent Black Comedy directed by Ivan Reitman and starring Andrea Martin and Eugene Levy. It is about three young women being led by a Reverend who preaches cannibalism. The story gives off an urban legend feel, and was made as a spoof of traditional horror films.