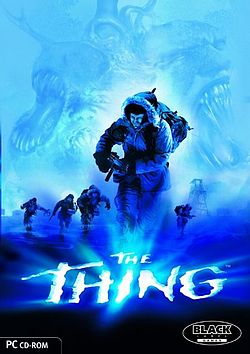 After communications have been lost with Antarctic U.S. Outpost 31, a team of special forces is sent in to investigate. John Blake is the leader of one of the two units, and finds the Outpost destroyed and deserted, with the frozen body of Childs and a recording by R.J. MacReady offering little insight into what happened. When the second unit encounters more aliens at the Norwegian camp and gets decimated, Blake heads over and finds himself forced into a fight to stop the Things from spreading further.