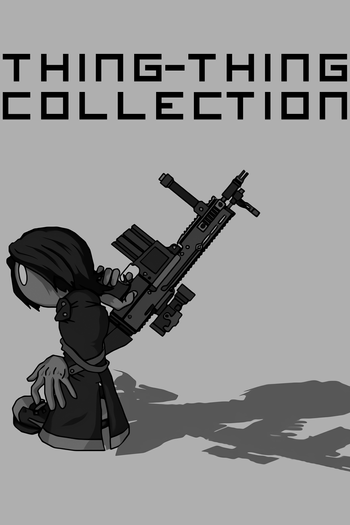 A series of platform Flash Run-and-Gun games created by Diseased Productions without a lot of the usual platformer tropes. You play as Project #154 fighting against the corporation who created him to control and use as a weapon. The "hero" uses a variety of high-powered guns and (in Thing-Thing 4) a lead pipe.
Advertisement:

The line of games can be found here

, though with Flash no longer being widely supported the games have also found a home on archive.org

, albeit converted to executables.

These tropes will not be slaves to a demented corporation: