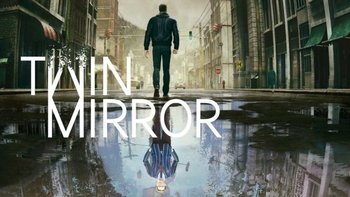 Twin Mirror is an interactive game created by DONTNOD Entertainment released on December 1, 2020. It's available worldwide via PSN and physical copies except for Japan. The game was supposed to have an episodic format, but this was later discarded during development.

The story follows the adventure of Sam, a journalist returning to his hometown of Basswood to attend the funeral of his friend, Nick Waldron. Nick's daughter, Joan, pleads with Sam to find the truth behind her father's death during his stay in the town. Sam quickly gets involved in the sinister truth behind Nick's death, and the sleepy West Virginia town he inhabits.