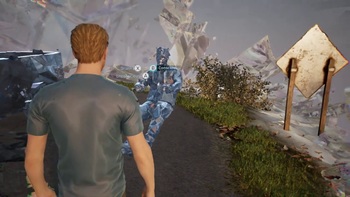 An investigation from the depths of your own mind.
"Memory, Agent Starling, is what I have instead of a view."
— Hannibal Lecter, The Silence of the Lambs
Advertisement:

A Memory Palace is used to explore a character's memory as an actual organized (albeit non-physical) space. Often, the palace owner may use it as a method of retrieving a needed memory, which may involve a Journey to the Center of the Mind.

The concept comes from the real-life Method of Loci (Latin for "places"), a mnemonic technique dating back to ancient Greece, involving associating memories with specific images and organizing them at fixed points in one's mind.

A subtrope of Mental World, which often involves memories, dealing with the actual spaces representing said memories (which are intentionally built by the character's mind). If the memories are unpleasant, the palace may become a Black Bug Room.