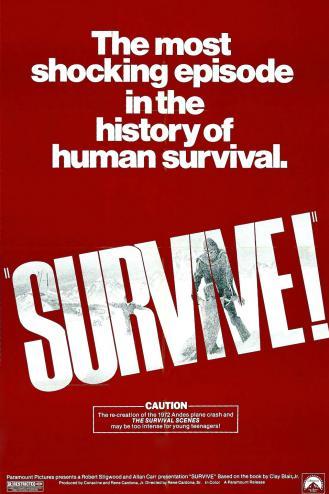 "The most shocking episode in the history of human survival!"
— Tagline
Advertisement:

disaster, where a twin-engine propeller plane carrying 45 members of a local rugby team crashed on a glacier in the Andes due to a navigational error on the part of the pilot. Trapped in the most inaccessible mountain range in South America, the crash survivors wait to be rescued, but help never comes. A subsequent avalanche further reduces the number of surviving passengers. With food supplies running low and facing the possibility of death by starvation, the few remaining survivors are forced to make a terrible choice and cannibalize their dead comrades.

See Alive for a more serious and historically-based take on the story of the 1972 Andes plane crash.