Film / This Is Not A Movie 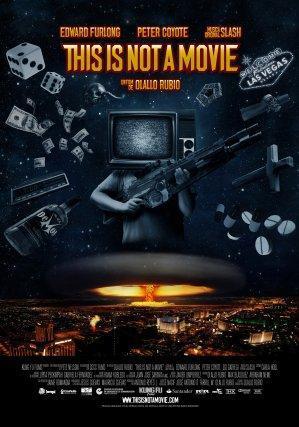 This Is Not a Movie is a 2010 Mexican experimental science fiction film written and directed by Olallo Rubio. It stars Edward Furlong in three roles, playing different personalities of the same character (Pete Nelson), who prepares for the end of the world by sequestering himself in a Las Vegas hotel while he grapples with existential questions. The score was composed by musician Slash. It premiered at the Morelia International Film Festival in 2010 and was released in Mexico on January 28, 2011.