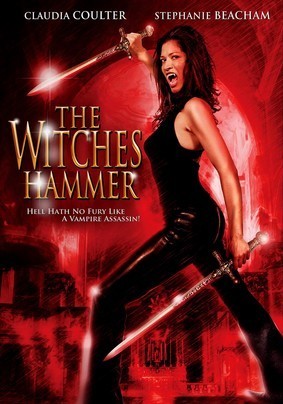 The Witches Hammer is a 2006 British action horror film.

A woman who just got vamped is enlisted by the British Crown to become a Hunter of Monsters. She soon becomes best in the business, until her organization is destroyed by an army of bloodsuckers. Now, she must go on a Roaring Rampage of Revenge to prevent the bastards from unleashing the souls of the damned to walk the Earth!

Not to be confused with the Malleus Maleficarum, which translates to this film's title, though a book with a similar title does feature heavily in the piece.