Film / The Exterminators of the Year 3000 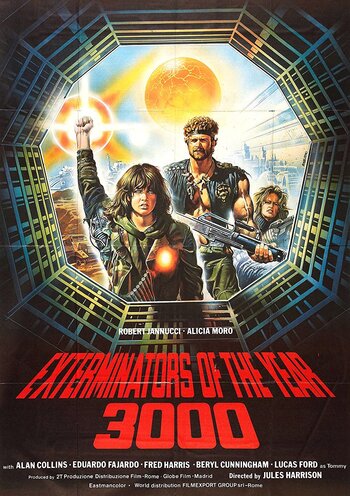 "Planet Earth. 3000 AD. A thousand ways to die. One way to survive."
Advertisement:

The Exterminators of the Year 3000 is a 1983 Italian-Spanish post-apocalyptic science fiction film.

In a World… that nuclear war has turned into a desert, water has become the most coveted resource. A cave settlement has run out, but has a problem with getting more: The nearest supply is controlled by a bandit gang, who kill everybody who steps into their territory. Luckily, a lone wanderer has showed up to save the day!