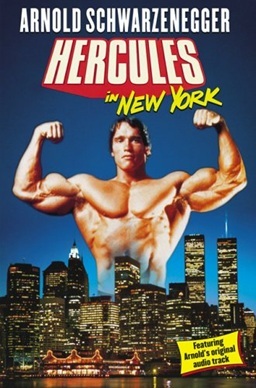 You have strucked Hercules!
Advertisement:

A comedy from 1969 (also known as Hercules Goes Bananas), most notable as the film debut of Arnold Schwarzenegger (credited as Arnold Strong), who was still transitioning from bodybuilding to acting.

After Hercules complains to his father Zeus about not being allowed to adventure in the lands of men, Zeus sends Hercules to Earth, where Hilarity Ensues as he comes across various situations which he solves with his Super Strength, eventually getting mixed up in the world of professional boxing and the mob. This makes the gods angry, and Juno, Nemesis, and Pluto begin to plot against Hercules coming home.