Film / Kingdom of the Spiders 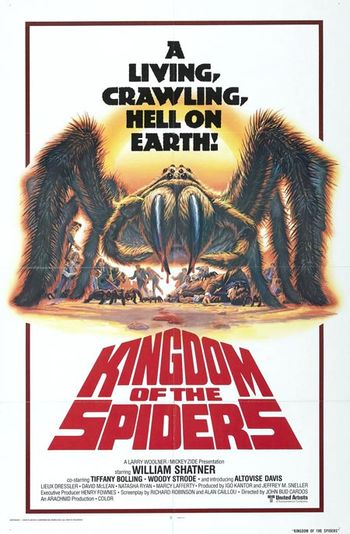 You could be the next victim!
Advertisement:

A 1977 horror film starring William Shatner, Tiffany Bolling and Woody Strode, in which hordes of tarantulas begin swarming and attacking the residents of a small Arizona town after their natural food supplies give out. Perhaps most remembered today for the gruesome spider-victim FX, and the bizarre but not-exactly-a-twist ending. Shatner is also notable for one of those rare times when he actually makes an effort in the acting department, playing a flawed and even somewhat multifaceted character.