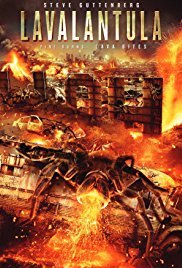 Colton West (Steve Guttenberg) is an actor who was a huge action star in The '90s, now stuck acting in the drudgery of horrible B-movies. That's all about to change. You see, a series of earthquakes has struck Los Angeles, awakening a race of fire-breathing giant tarantulas. Now, Colton must fight his way through LA to find his son, killing every giant bug he finds!

The film also stars Michael Winslow and Marion Ramsey who share scenes with Guttenberg as well as having Leslie Easterbrook in a cameo, the first time all these actors were in the same film since Police Academy 4: Citizens On Patrol.