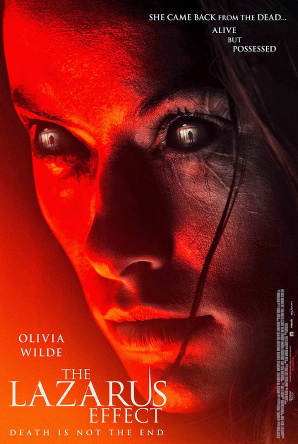 Clinical trials can be hell.
Advertisement:

The Lazarus Effect is a 2015 film starring Mark Duplass, Olivia Wilde, Sarah Bolger, Evan Peters, and Donald Glover. A team of scientists is working on creating a better means of resuscitating dead patients to allow doctors more time to heal them. When they get shut down for overstepping the bounds of their grant, they try to do one last experiment to prove they can do it… and things get worse when project leader Zoe gets accidentally electrocuted, only for her fiancé Frank to attempt the procedure on her. Things go downhill from there.