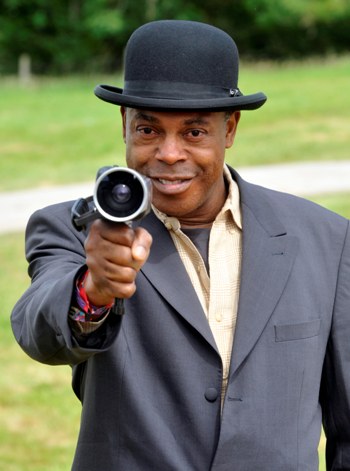 Michael Leslie Winslow (born September 6, 1958) is an American film actor and standup comedian whose specialty is his uncanny talent at vocal sound effects, which he uses to punctuate his routines.

Known as "The Man of 10,000 Sound Effects", he got his start early on with his impression of Jimi Hendrix (mainly his guitar, but you know what we mean) by stealing his mother's wig and going to the local club to perform.

After his television appearance on The Gong Show (which he won), Winslow went on to play Larvelle "Motormouth" Jones in the Police Academy movies, an unnamed radar technician in Spaceballs, and the voices of the various Mogwai and Gremlins in the Gremlins movies, among many other roles.

He was featured in a Geico commercial as "that guy who does those funny sound effects", using his talents to enhance the story of a customer's Geico experience. He even was a contestant in Season 16 of America's Got Talent who advanced to the first two weeks of the live episodes.