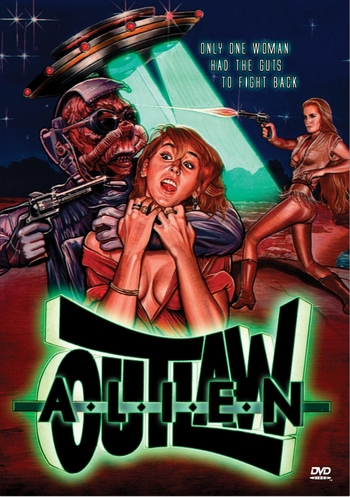 "Only one woman had the guts to fight back."
Advertisement:

An alien ship lands in a wooded mountain. Out steps a group of aliens with one goal: Hunt humans! Can a trick shot cowgirl save the day?