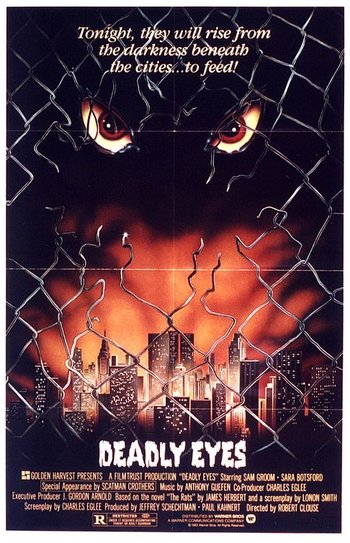 Deadly Eyes is a 1982 Canadian horror film directed by Robert Clouse and loosely based on the James Herbert novel The Rats.

When the rat population of Toronto is exposed to an illegal growth drug as a result of consuming contaminated grain, they begin to grow to enormous sizes and attack the city's residents. It's now up to high school teacher and basketball coach Paul Harris (played by Sam Groom) to stop them. Along the way there are various subplots such as Harris' attempts to woo the local health inspector (Sara Botsford) while dodging the advances of high school cheerleader Trudy (Lisa Langlois).