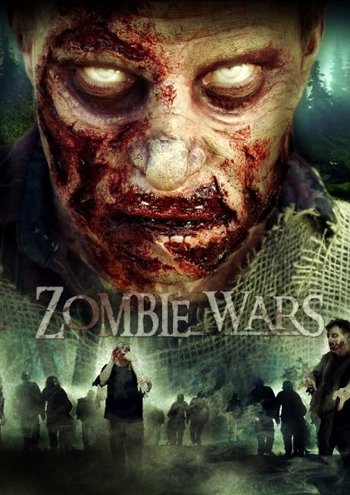 Zombie Wars is a 2007 Direct to Video action-Horror film.

Fifty years ago, the Zombie Apocalypse happened. This time, the zombies are smart. Now, humanity struggles to survive in small groups as the zombies farm them. One group consisting of soldiers is attacked, and some of their number are captured. The rest prepare a Roaring Rampage of Rescue.