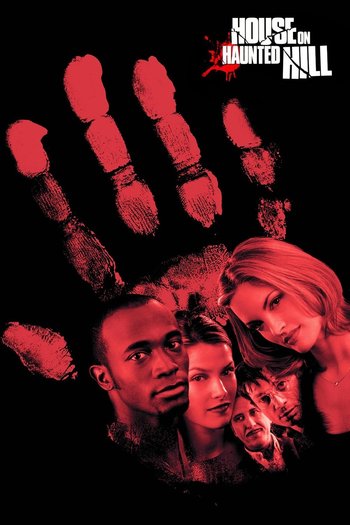 The setting of the fateful party is moved to an abandoned mental hospital, the Vannacutt Psychiatric Institute for the Criminally Insane, said to be haunted by the malevolent ghosts of the murderous inmates. The head of the facility, Dr. Richard B. Vannacutt (Combs), performed grotesque experiments on his patients, killing many in the process. The hospital was only closed when a handful of inmates escaped, killing almost the entire staff and setting fire to the facility, while security gates trapped everyone inside.

Fast forward to the present, where amusement park mogul Stephen Price (Rush) is leasing this facility for the Halloween party of his spoiled trophy wife Evelyn (Jannsen). The five invitees are given a similar challenge as in the original movie, only the pot has been upped to $1,000,000 for any survivors, plus the winnings of any who do not survive having their earnings added to those of any remaining survivors. Soon after the party begins, the security gates are tripped, and the partygoers are trapped inside the facility with the insane spirits haunting the facility - including not only all the inmates, but also Vannacutt himself.

The film marked the debut of Dark Castle Entertainment, which went on to produce Thir13en Ghosts and House of Wax (2005), the former also a remake of a William Castle movie. It was followed by a sequel, Return to House on Haunted Hill, in 2007.

This remake contains examples of: