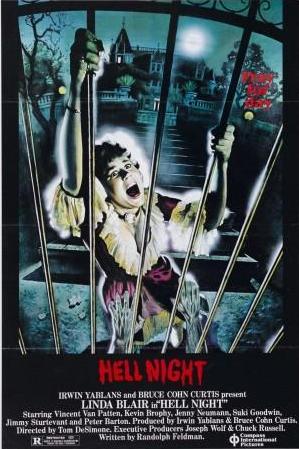 A Slasher Movie from 1981, directed by Tom DeSimone and starring Linda Blair.

The film centers around a four of new Alpha Sigma Rho fraternity kids, who in a part of initiation ceremony are locked up in the abandoned Garth Manor. Supposedly, the former owner of the place killed his family and hung himself several years ago, and his remaining heir is still hiding within the manor walls. Unfortunately for our cast, someone is lurking within the place.

Unrelated to the 1996 Survival Horror game of the same name.