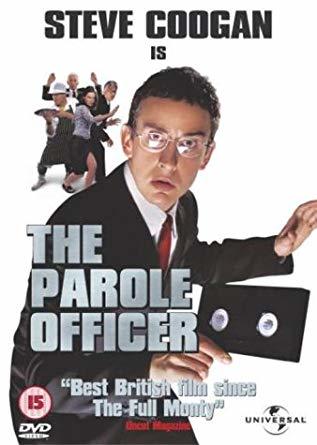 The Parole Officer is a 2001 British comedy film directed by John Duigan and starring Steve Coogan as Simon Garden, a clumsy, socially-inept parole officer who witnesses a murder. Framed by the murderer, Garden must gather together a mismatched band of ex-criminals in order to recover the security tape that would both clear his name and indict the real killer.

Critically accepted as So Okay, It's Average, it is a rare example of a modern British heist film, involving a convoluted scheme and a deliciously evil bad guy.