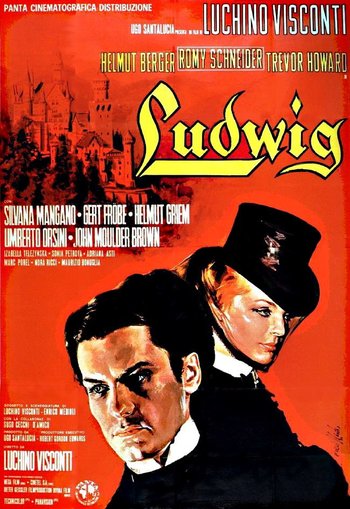 The film recounts the life of king Ludwig II of Bavaria (played by Helmut Berger) from his accession to the throne to his death.

Romy Schneider reprised her most famous role, Empress Elisabeth of Austria (more commonly known as “Sisi/Sissi”), Ludwig's beloved cousin and another member of the Bavarian House of Wittelsbach by birth, after playing her for the last time in 1957's Sisi - Fateful Years of an Empress. The cast also included Trevor Howard, Gert Fröbe and Silvana Mangano.

The film forms a Thematic Series, the 'German Trilogy', with The Damned and Death in Venice.